CutePDF Editor - FREE! With CutePDF ® online PDF Editor, it takes no time at all to edit your PDF files easily - for Free! No Installation. Just a latest Web Browser. Verified and Secured! Start to Edit Your PDF File Now - FREE!

More hours in the day. It’s one thing everyone wants, and yet it’s impossible to attain. But what if you could free up significant time—maybe as much as 20% of your workday—to focus on the responsibilities that really matter?

We’ve spent the past three years studying how knowledge workers can become more productive and found that the answer is simple: Eliminate or delegate unimportant tasks and replace them with value-added ones. Our research indicates that knowledge workers spend a great deal of their time—an average of 41%—on discretionary activities that offer little personal satisfaction and could be handled competently by others. So why do they keep doing them? Because ridding oneself of work is easier said than done. We instinctively cling to tasks that make us feel busy and thus important, while our bosses, constantly striving to do more with less, pile on as many responsibilities as we’re willing to accept.

We believe there’s a way forward, however. Knowledge workers can make themselves more productive by thinking consciously about how they spend their time; deciding which tasks matter most to them and their organizations; and dropping or creatively outsourcing the rest. We tried this intervention with 15 executives at different companies, and they were able to dramatically reduce their involvement in low-value tasks: They cut desk work by an average of six hours a week and meeting time by an average of two hours a week. And the benefits were clear. For example, when Lotta Laitinen, a manager at If, a Scandinavian insurance company, jettisoned meetings and administrative tasks in order to spend more time supporting her team, it led to a 5% increase in sales by her unit over a three-week period.

While not everyone in our study was quite that successful, the results still astounded us. By simply asking knowledge workers to rethink and shift the balance of their work, we were able to help them free up nearly a fifth of their time—an average of one full day a week—and focus on more worthwhile tasks with the hours they saved.

Why It’s So Hard

Knowledge workers present a real challenge to managers. The work they do is difficult to observe (since a lot of it happens inside their heads), and the quality of it is frequently subjective. A manager may suspect that an employee is spending her time inefficiently but be hard-pressed to diagnose the problem, let alone come up with a solution.

We interviewed 45 knowledge workers in 39 companies across eight industries in the United States and Europe to see how they spent their days. We found that even the most dedicated and impressive performers devoted large amounts of time to tedious, non-value-added activities such as desk work and “managing across” the organization (for example, meetings with people in other departments). These are tasks that the knowledge workers themselves rated as offering little personal utility and low value to the company.

There are many reasons why this happens. Most of us feel entangled in a web of commitments from which it can be painful to extricate ourselves: We worry that we’re letting our colleagues or employers down if we stop doing certain tasks. “I want to appear busy and productive—the company values team players,” one participant observed. Also, those less important items on our to-do lists are not entirely without benefit. Making progress on any task—even an inessential one—increases our feelings of engagement and satisfaction, research has shown. And although meetings are widely derided as a waste of time, they offer opportunities to socialize and connect with coworkers. “I actually quite look forward to face-to-face meetings,” one respondent told us. “A call is more efficient, but it’s a cold, lifeless medium.”

Organizations share some of the blame for less-than-optimal productivity. Cost-cutting has been prevalent over the past decade, and knowledge workers, like most employees, have had to take on some low-value tasks—such as making travel arrangements—that distract them from more important work. Even though business confidence is rebounding, many companies are hesitant to add back resources, particularly administrative ones. What’s more, increasingly complicated regulatory environments and tighter control systems in many industries have contributed to risk-averse corporate cultures that discourage senior people from ceding work to less seasoned colleagues. The consequences are predictable: “My team is understaffed and underskilled, so my calendar is a nightmare and I get pulled into many more meetings than I should,” one study subject reported. Another commented, “I face the constraint of the working capacity of the people I delegate to.”

Some companies do try to help their knowledge workers focus on the value-added parts of their job. 7 money rules for life&#174; pdf free download. For example, one of us (Jordan Cohen) helped Pfizer create a service called pfizerWorks, which allows employees to outsource less important tasks. We’ve also seen corporate initiatives that ban e-mail on Fridays, put time limits on meetings, and forbid internal PowerPoint presentations. But it’s very difficult to change institutional norms, and when knowledge workers don’t buy in to such top-down directives, they find creative ways to resist or game the system, which only makes matters worse. We propose a sensible middle ground: judicious, self-directed interventions supported by management that help knowledge workers help themselves.

What Workers Can Do

Our process, a variant of the classic Start/Stop/Continue exercise, is designed to help you make small but significant changes to your day-to-day work schedule. We facilitated this exercise with the 15 executives mentioned above, and they achieved some remarkable results.

Using this self-assessment, look at all your daily activities and decide which ones are (a) not that important to either you or your firm and (b) relatively easy to drop, delegate, or outsource. Our research suggests that at least one-quarter of a typical knowledge worker’s activities fall into both categories, so you should aim to find up to 10 hours of time per week. The participants in our study pinpointed a range of expendable tasks. Lotta Laitinen, the manager at If, quickly identified several meetings and routine administrative tasks she could dispense with. Shantanu Kumar, CEO of a small technology company in London, realized he was too involved in project planning details, while Vincent Bryant, a manager at GDF SUEZ Energy Services, was surprised to see how much time he was wasting in sorting documents. 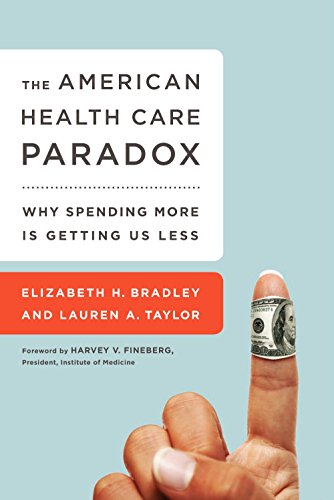 Decide whether to drop, delegate, or redesign. 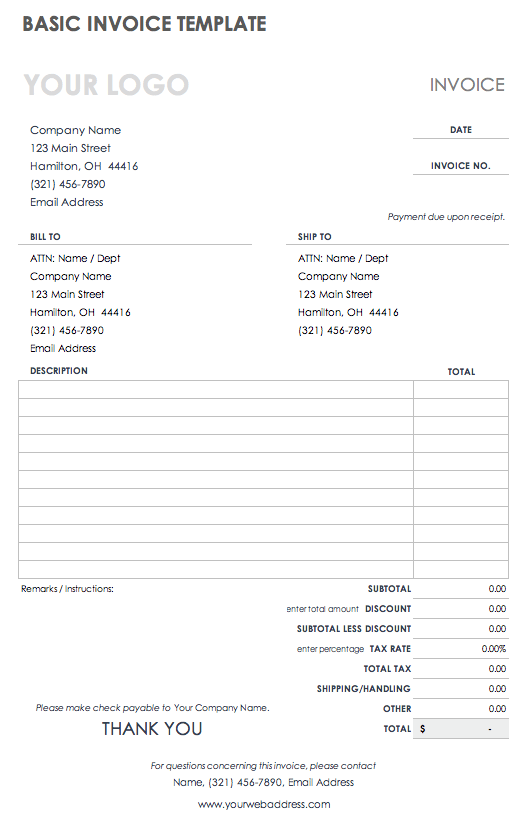 Sort the low-value tasks into three categories: quick kills (things you can stop doing now with no negative effects), off-load opportunities (tasks that can be delegated with minimal effort), and long-term redesign (work that needs to be restructured or overhauled). Our study participants found that this step forced them to reflect carefully on their real contributions to their respective organizations. “I took a step back and asked myself, ‘Should I be doing this in the first place? Can my subordinate do it? Is he up to it?’” recalls Johann Barchechath, a manager at BNP Paribas. “This helped me figure out what was valuable for the bank versus what was valuable for me—and what we simply shouldn’t have been doing at all.” Another participant noted, “I realized that the big change I should make is to say no up-front to low-value tasks and not commit myself in the first place.”

“I realized that the big change I should make is to say no up-front to low-value tasks and not commit myself in the first place.”

We heard from many participants that delegation was initially the most challenging part—but ultimately very rewarding. One participant said he couldn’t stop worrying about the tasks he had reassigned, while another told us he had trouble remembering “to push, prod, and chase.” Barchechath observed, “I learned about the importance of timing in delegating something—it is possible to delegate too early.”

This article also appears in:

Most participants eventually overcame those stumbling blocks. They delegated from 2% to 20% of their work with no decline in their productivity or their team’s. “I overestimated my subordinate’s capability at first, but it got easier after a while, and even having a partially done piece of work created energy for me,” Barchechath said. A bonus was that junior employees benefited from getting more involved. “[She] told me several times that she really appreciated it,” he added. Vincent Bryant decided to off-load tasks to a virtual personal assistant and says that although he was concerned about getting up to speed with the service, “it was seamless.” 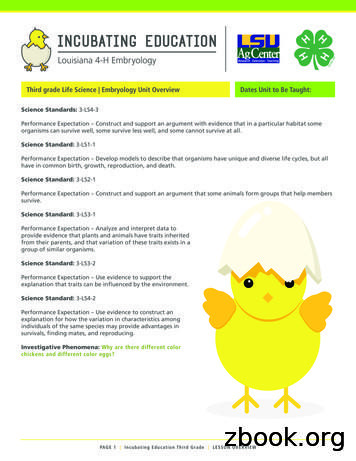 The goal, of course, is to be not just efficient but effective. So the next step is to determine how to best make use of the time you’ve saved. Write down two or three things you should be doing but aren’t, and then keep a log to assess whether you’re using your time more effectively. Some of our study participants were able to go home a bit earlier to enjoy their families (which probably made them happier and more productive the next day). Some unfortunately reported that their time was immediately swallowed up by unforeseen events: “I cleared my in-box and found myself firefighting.” 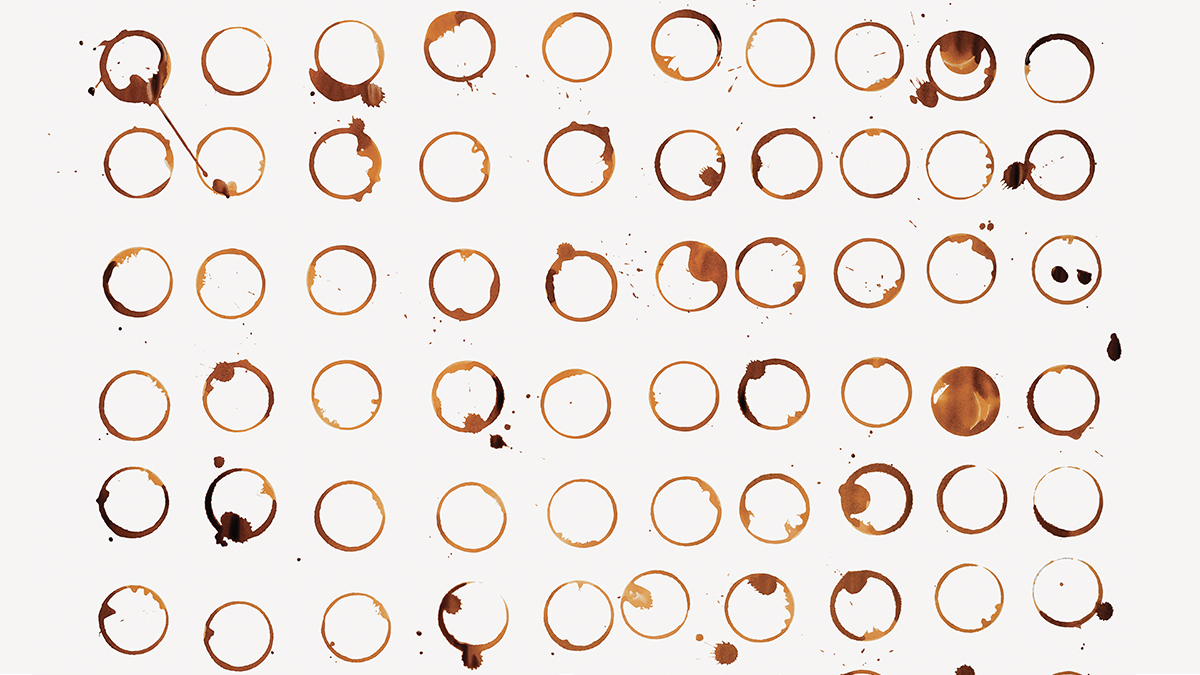 This article also appears in: 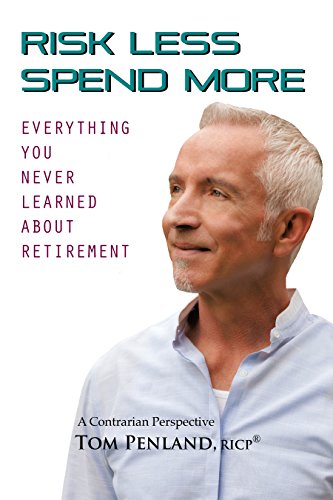 But more than half reclaimed the extra hours to do better work. “For me the most useful part was identifying the important things I don’t get time for usually,” Kumar said. “I stopped spending time with my project planning tool and instead focused on strategic activities, such as the product road map.” Laitinen used her freed-up schedule to listen in on client calls, observe her top salespeople, and coach her employees one-on-one. The result was that stunning three-week sales jump of 5%, with the biggest increases coming from below-average performers. A questionnaire showed that employee responses to the experiment were positive, and Laitinen found that she missed nothing by dropping some of her work. “The first week was really stressful, because I had to do so much planning, but by the middle of the test period, I was more relaxed, and I was satisfied when I went home every day.”

Commit to your plan.

Although this process is entirely self-directed, it’s crucial to share your plan with a boss, colleague, or mentor. Explain which activities you are getting out of and why. And agree to discuss what you’ve achieved in a few weeks’ time. Without this step, it’s all too easy to slide back into bad habits. Many of our participants found that their managers were helpful and supportive. Laitinen’s boss, Sven Kärnekull suggested people to whom she could delegate her work. Other participants discovered that simply voicing the commitment to another person helped them follow through.With relatively little effort and no management directive, the small intervention we propose can significantly boost productivity among knowledge workers. Such shifts are not always easy, of course. “It’s hard to make these changes without the discipline of someone standing over you,” one of our study participants remarked. But all agreed that the exercise was a useful “forcing mechanism” to help them become more efficient, effective, and engaged employees and managers. To do the same, you don’t have to redesign any parts of an organization, reengineer a work process, or transform a business model. All you have to do is ask the right questions and act on the answers. After all, if you’re a knowledge worker, isn’t using your judgment what you were hired for?

A version of this article appeared in the September 2013 issue of Harvard Business Review.